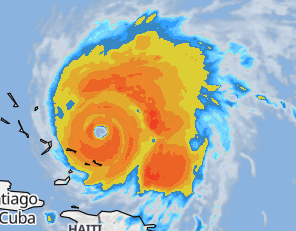 In Black and Whaite below.

Look at that eye! 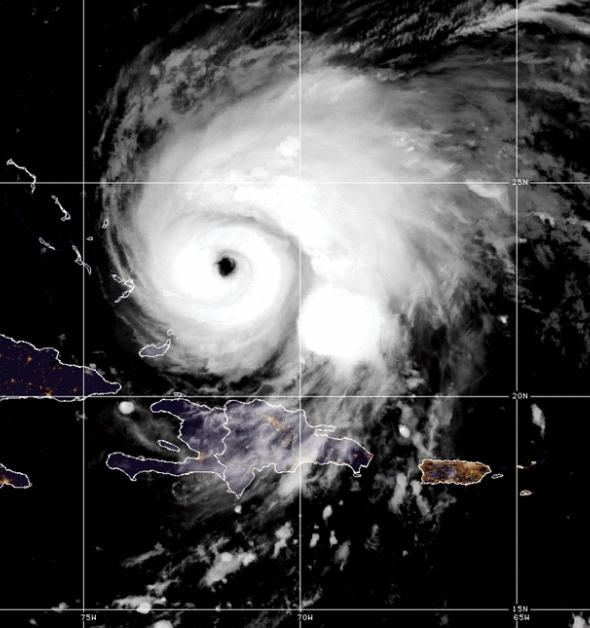 Forecast for future intensity below.

Fiona has spent a long period of time in the Turks and now moves towards Bermuda, hopefully Bermuda will miss the worst, but Fiona has made landfall multiple times and I wouldn’t be surprised if Bermuda gets more of her than they had originally expected. I hope not, but it concerns me. And, be aware that the forecast shows Fiona a Major Hurricane due East of NJ in the Atlantic. That’s rare but it’s also not surprising as the North Atlantic has had a pool of warmer than normal water that we have spoken on many times this season. 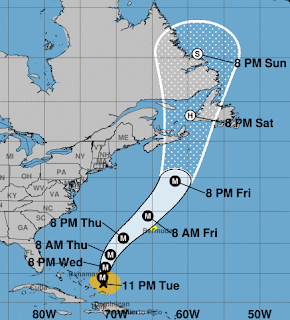 Looking out beyond Fiona…

Invest 98L is seen below as a low riding wave. 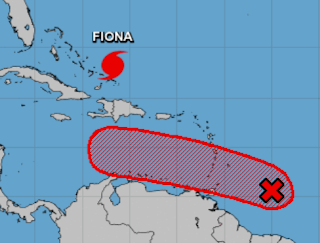 Models have been running all day. 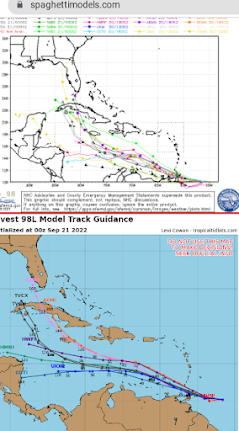 You can see why everyone is watching 98L

I will add in the water is very warm. 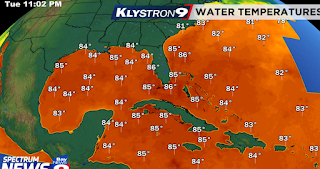 So basically you would have a named storm (possibly Hermine) traversing water that is in the 84 to 85 range moving towards a date with destiny and the conditions could support another very strong hurricane. To be fair, it has not formed and models are best when there is a true center. And, when we see what sort of storm structure it has and if its properly aligned. Then we have to look towards shear forecasts to see what may create a problem for this next named storm. Often when a front is moving down to grab a system in the Gulf of Mexico shear is present, not always but often. 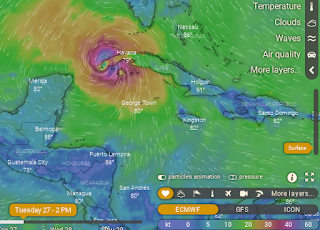 I have to tell you the models have been in rare agreement on this system and as of 11 PM tonight they are still agreeing. The EURO has it over the Western tip of Cuba headed up into the Eastern Gulf of Mexico, and the GFS has it very close by on Tuesday September 27th. Never expect a long term model to verify exactly down the road, but its evident they are in the same area on the same day and that is something to keep in mind. As you can see the GFS below has it very close to the Euro about as close as you can get on the same day 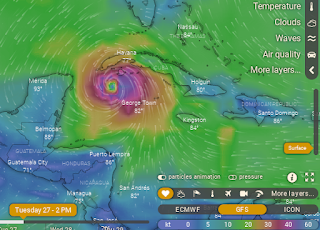 Further down the road……….

GFS has it to the West of the EURO position… 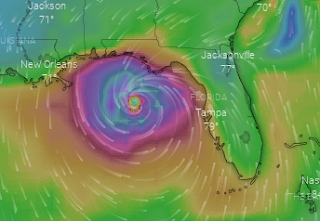 The EURO is close to Tampa merging with a front. 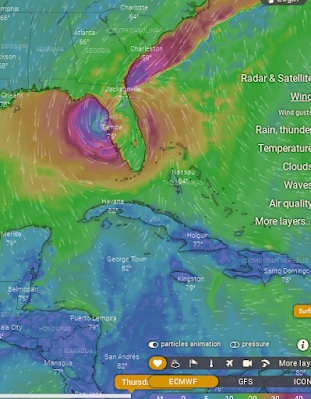 This is 9 days away.

We do not trust models that far out.

Again it shows us patterns and possibilities.

There is an area off of Africa.

Yet it’s not a real player.

Many ask if it can steal the Hermine name.

Oh and Gaston is up in the North Atlantic…

Soon we may have a Harry Potter Hurricane.

Tired and a bit exhausted from a long, busy trip to Charlotte! We had an errand to do on the way back so ended up near Elon University dropping off Rosh Hashonnah supplies to the Rabbi there from Charlotte. We are all one North Carolina. Okay, giggling but its true and had a nice time talking to friends there over Apple Cobbler before heading back to Raleigh.

What do we know? Fiona is almost a Category 4 Hurricane, responsible for deaths in the Caribbean and smashing parts of the infrastructure across several islands and we will see with daybreak tomorrow how the Bahamas fared but can tell you it will not be pretty. Hurricanes are the ugly side of paradise!

We know the models are all in agreement that a hurricane will form and make a move somewhere to the North and currently that target is Florida. This is not to say timing is off and the cold front misses it’s date with ? Hermine? (or Ian if the African system is Hermine) and odd things can happen when steering currents go wonky. So I’d tell everyone from the Alabama/Mississippi Border and for Florida to pay close attention later in the week to Invest 98L and the models that are showing then.

I am going to sleep. I will update in the morning. Keeping this here as a record of what we believe on Tuesday Night so we can look back and compare and contrast.

Good luck and if you are in the area I have mentioned, double check your hurricane supplies and think on what you would do if this storm becomes a threat in reality beyond long term models. One part of the forecast for the 2022 Hurricane Season was a season that would go late into October and November, and while July and August were fairly quiet that part of the forecast may verify in the end.