1. It’s beautiful out there right now across the state. Beautiful blue skies are the order of the day. The nearest clouds are some patchy stratocumulus clouds about 50 miles off the coasts of Alabama and Southeast Louisiana. But clouds are massing to the west and northwest in the lift ahead of a trough and frontal system: 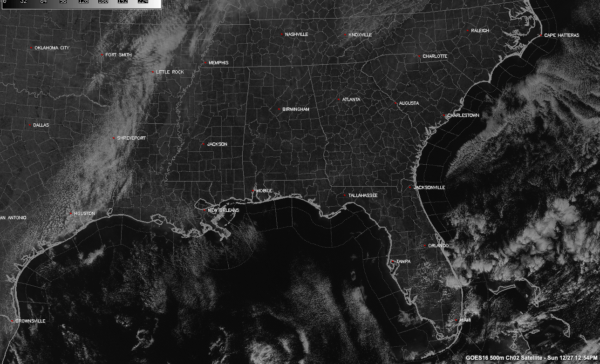 2. It’s warming up quite nicely after chilly morning lows that saw 20s in most locations. Many areas are approaching 60 degrees at this hour. Birmingham, Selma, Demopolis, and Muscle Shoals have all at least hit 60F: 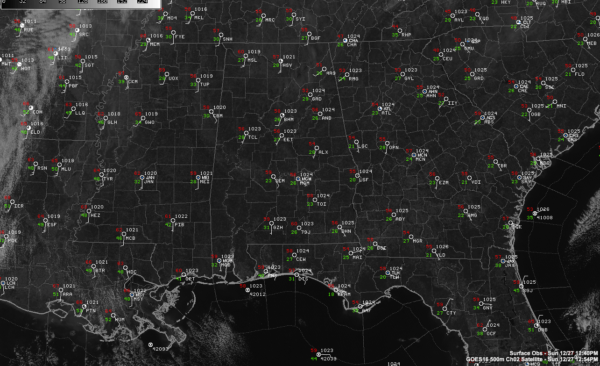 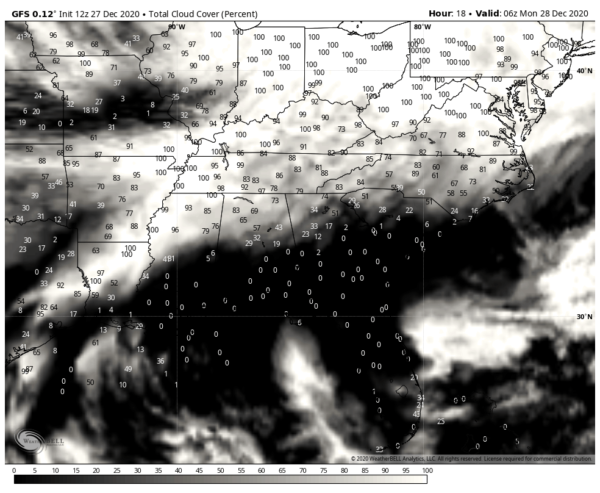 4. Lows tonight will be milder: 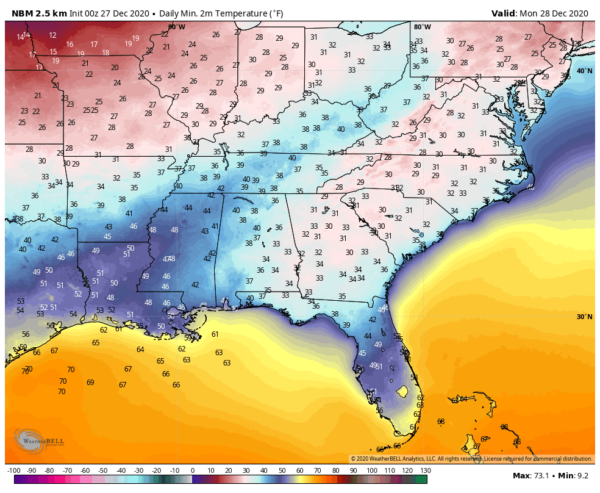 5. A few showers will move into the state ahead of the front tonight: 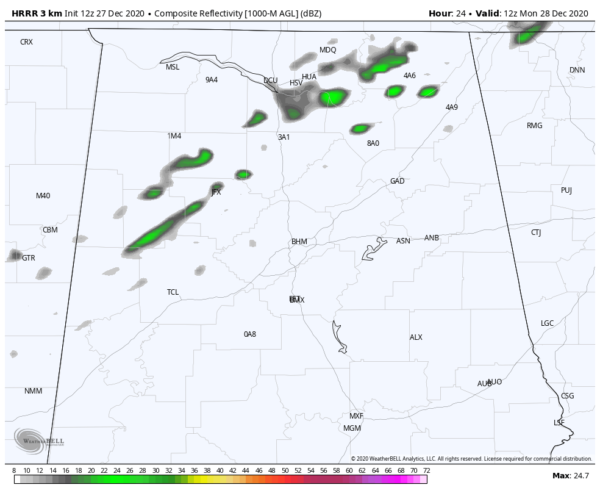 6. Winds will increase this evening and be gusty through early tomorrow morning: 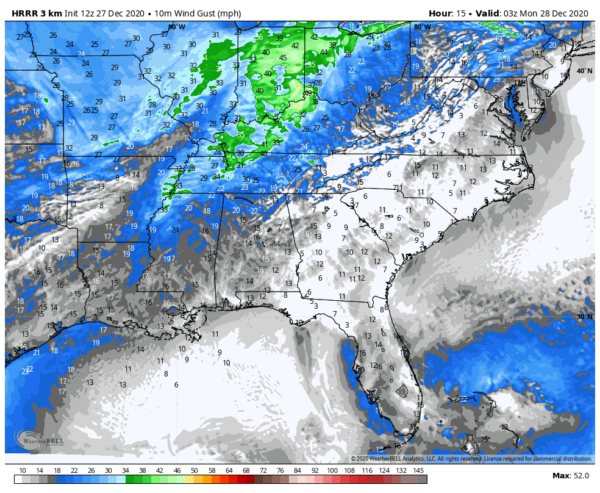 7. Monday and Tuesday will be mostly dry, as well as most of Wednesday, with seasonal temps:

8. Some heavy rainfall amounts will fall between Wednesday night and early Friday across Alabama: 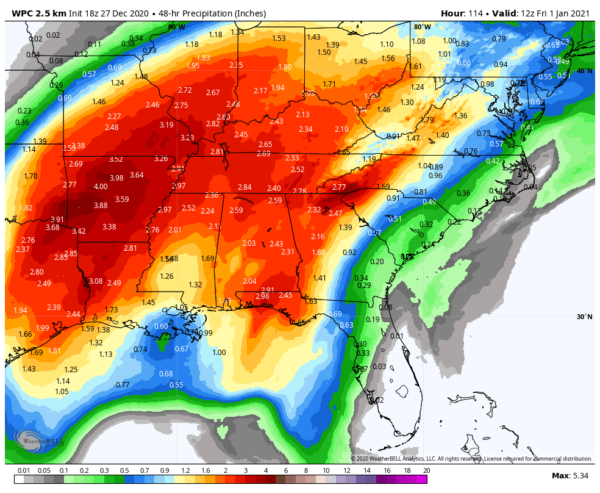 9. There is some chance of severe weather on Thursday, including a small risk of tornadoes. There will be some instability it appears over parts of Central Alabama (around 300-700 joules/kg) and backed surface winds out of the southeast producing around 200 m2/s2 of low-level storm relative helicity. A lot has to happen to make that occur between now and then, but it is something to watch: 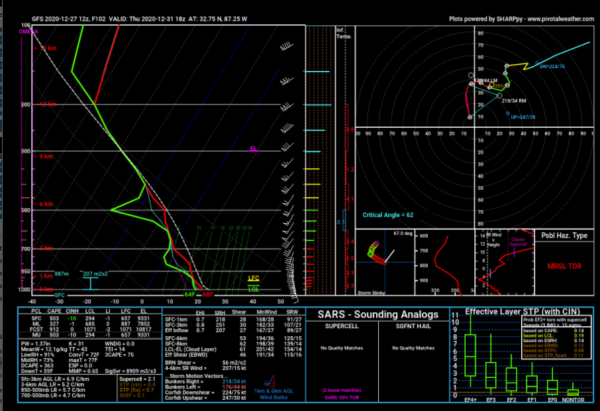 10. There is good agreement among the models about the low position and potential for freezing and frozen precip Thursday night and early Friday, keeping it west of Alabama: 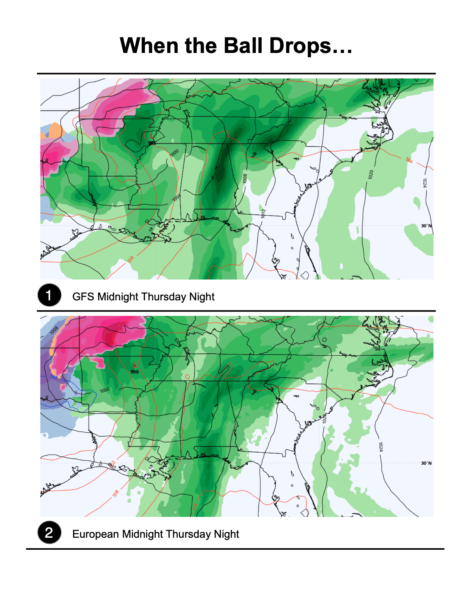