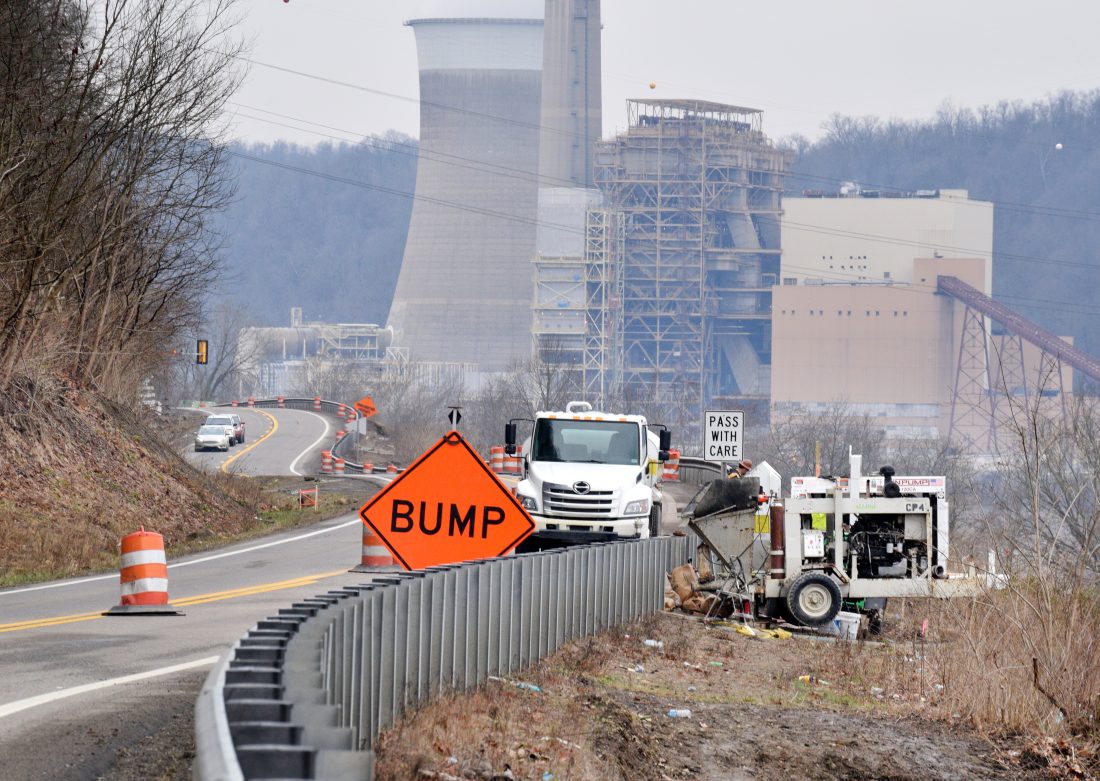 State highway officials are hoping for dry weather so crews can address a slip that has forced state W.Va. 2 near Wellsburg to be reduced to one lane.

BEECH BOTTOM – State highway officials are hoping for dry weather so crews can address a slip that has forced state Route 2 between Beech Bottom and Wellsburg to be reduced to one lane.

Mike Witherow, district construction engineer for the state Division of Highways’ district office, said crews building a retaining wall for the new Ohio River bridge project discovered a slip in that area and filled it with cold patch asphalt, a temporary fix until warmer temperatures arrive.

Witherow said as a precaution, the section of highway was reduced to one lane and temporary signals established to maintain two-way traffic.

Highway officials had announced the lane reduction was expected to continue through April 1.

But Witherow said he hopes that won’t be necessary.

“We need a few days without an inch of rain. We hope to begin work on the (slip) mitigation early next week and restore two lanes as soon as possible,” he said while stressing dry weather will be needed for that to occur.

The retaining wall was included in the $131 million contract for the bridge to ensure the area around it is stable.

Flatiron Construction of Broomfield, Colo. is building segments of the 1,800 span, which will extend from state Route 2 about a mile south of Wellsburg to the intersection of Third and Clever streets in Brilliant.

Today’s breaking news and more in your inbox


WHEELING – A free seminar on workplace violence will be held at Wheeling Hospital from 9 a.m. to 2:30 p.m. on …

Weather Whys: How heavy is snow?